By charles adjovu and Alex R

Trademarks are an often overlooked topic that have a substantial impact on the viability and social well-being of blockchain communities.

In “Collective Trademarks for Blockchain Communities,” we discussed the NIFTY trademark incident that occurred in August 2018, and proposed how blockchain communities can prevent future incidents by by applying for federal registration of collective trademarks (membership or trade/servicemark).

In this article, we analyze two types of trademark-ineligible marks, generic marks and merely descriptive marks, because both arose during the NIFTY incident and are prevalent in the blockchain industry. Understanding these terms leads to greater certainty, fewer costs, and, hence, more resources for buidl-ing.

Additionally, we would like to suggest certain actions to blockchain communities that will help United States Patent and Trademark Office (USPTO) trademark examiners know when a community term should be considered generic or merely descriptive.

Big Thank You from charles adjovu  to Alex R for all your help on this article!

What is a Generic Mark?

In US trademark law, a mark (logomark, wordmark, soundmark, etc.) is generic when the relevant public associates a trademark as a general term for a good or service rather than a source indicator [21].

In legal terms, the test for genericness involves asking:

A generic mark is unprotectable as a trademark under the Lanham Act (Federal Trademark Act), 15 U.S.C. § 1051 et seq., because a mark is only trademark-eligible if consumers associate the mark with a particular source of goods [2].

By contrast, merely descriptive marks are marks which describe the qualities or characteristics of a good or service (e.g., if the mark was “sweet apple juice” for an apple juice product), and can be registered only if the registrant can show it has acquired secondary meaning (“become distinctive of applicant’s goods in commerce”) [2][3].

These marks can also be registered to the Supplemental Register, which affords many of the benefits of full registration except for a few litigation advantages. In such cases, a mark will have to acquire secondary meaning before registration on the Principal Register.

How does a Trademark become a Generic Mark?

A trademark can easily become generic if: (1) the relevant public uses the trademark to describe a general type of product (e.g., thermos, zipper, dumpster); and (2) the trademark generally starts being used as a noun instead of as an adjective [3][4].

When establishing a brand for your product or service you want your trademark to be an adjective describing your brand or service; ie: that cooler is a “Snowman” cooler, or that car is a “Ford” car.

The moment your brand becomes the generally used noun for the goods or services your mark is associated with, you are at risk of the mark becoming generic, or committing “genericide”.

When a registered trademark becomes generic, cancellation proceedings may be initiated under 15 U.S.C. § 1064.

Three (3) prominent examples of generic marks that you have probably encountered before are zipper, thermos, and dumpster.

Zipper was originally a trademark, registered in 1925 by B.F. Goodrich “for overshoes with fasteners invented by Gideon Sundback” [5].

The word zip “was already around as a noun and a verb,” and eventually the Zipper trademark became part of the common lexicon, and there was nothing B.F. Goodrich could do about even when “the company sued to protect the trademark in 1930” (Though, the company did retain trademark rights to Zipper Boots) [5].

Escalator was originally a trademark, registered by Otis Elevator Co. [5].

Eventually, the escalator trademark started to become part of the common lexicon for similar devices and officially became genericized when the USPTO noted that Otis itself “had used escalator as a generic descriptive term in its own patents” [5].

Thermos is a vacuum flask that can keep liquids cold or hot for a considerable period of time [5][6].

Thermos became a generic mark in the United States after the German Thermos company, Thermos GmbH, “sold trademark rights to three independent companies in 1907, who then began producing it and selling it around the world” [5].

Eventually, Thermos became generic mark in the United States in 1963 when King-seeley Thermos Co. lost a trademark dispute against Aladdin Industries, Inc., that Thermos had not been genericized as a common term for containers that keep the contents hot or cold [5][7].

In our view (mostly charles adjovu (U_U)), marks that solely contain the word “blockchain” or “cryptocurrency” may be considered generic or merely descriptive because they are common descriptors of a good or service, and, are often used as nouns rather than as adjectives.

Now, how is the word “blockchain” often utilized as a term within the industry? Generally, blockchain is a common term for an append-only database, powered by a decentralized network of computers, who authenticate entries in the database without a trusted third party (blockchain could also be used to refer to directed acyclic graphs (DAGs) such as IOTA or Nano, though not recommended) [8][9].

When “blockchain” is used regarding a specific project, it is more often than not, used as a noun, rather than as an adjective.

Blockchain has even become part of the common vernacular in society (though often as a buzzword), and is undisputedly the defining term for this emerging industry.

Considering the broad (but also specific) description of blockchain, are USPTO Trademark Examiners aware of how “blockchain” is used in the industry and and media?

To date, a high percentage of financial services companies trying to register marks with “Blockchain” in their title have been given Office Action Refusals for being “Merely Descriptive” under Section 2(e)(1) [10][11][12].

Marks with “Blockchain” and some other arbitrary element are being required to add disclaimers as to “Blockchain”, indicating that trademark examiners have begun to see this as a merely descriptive and potentially generic term within the class of “036 Financial Services” [13][14][15].

In addition to analyzing the trademark-eligibility of “blockchain,” we should also consider how trademark examiners will deal with the term “cryptocurrency.”

Generally, cryptocurrency is a term that describes any digital asset created on a blockchain that is verified by cryptographic means.

[Editorial Note: Before proceeding, please note that conceptually and legally, “cryptocurrency” is one of the most fiercely-contested terms in the global blockchain industry. It is closely linked to terms like “virtual currency,” “crypto,” “digital token,” and the like. For instance, the need for clarity between these terms is so acute that the United States Congress is currently considering a Token Taxonomy Act to clarify the meaning of these new technologies, and the scope of potential regulatory intervention. Similar codification/clarification efforts are afoot globally.]

Returning to the trademark implications of “cryptocurrency,” we need to consider how it is used in the industry and colloquially. Similar to the term blockchain, when cryptocurrency is used to refer to a specific project, it is not “Cryptocurrency [Project],” rather, it is “[Project] Cryptocurrency.”

Additionally, cryptocurrency has itself become part of the common vernacular and the defining term for this asset class.

For example, Forbes magazine has a website dedicated to cryptocurrencies called “Forbes Cryptomarkets,” and has a specific subsection for cryptocurrencies on its main website under “Crypto & Blockchain” [16][17].

Trademark examiners are also catching on to how “cryptocurrency” is used in the industry and greater society.

Similar to “blockchain,” trademark examiners are keenly aware of how “cryptocurrency” is used in the industry and in greater society.

For example, in a recent refusal action for the mark “Cryptocurrencies Never Sleep,” the USPTO refused the mark for genericness because the phrase is commonly used in the industry to refer to the 24/7 or non-stop nature of cryptocurrency markets [18].

In another refusal action, the mark “Virtual Cryptocurrency ATM” was deemed to be merely descriptive in relation to the Class 36 services because the mark was merely describing the services offered [19]. Descriptiveness described below:

The main issue for trademark examiners is understanding when an applicant who wants to register a blockchain-related mark is registering a generic or merely descriptive mark as it relates to the class of goods and services sought.

Trademark examiners at the USPTO are not privy into the affairs and culture of the blockchain, and thus are unlikely to know when a crazy weird term is actually generic

Given that trademark examiners are not privy into the community’s affairs, it is up to the community itself to police trademark registration of generic marks, and to notify the USPTO at least within 30 days of the trademark application’s publication for opposition (“opposition period”) that the mark is generic.

To minimize the disruptive effect of trademarking generic terms, we recommend that blockchain communities take the following non-exhaustive courses of action:

charles adjovu is an Intellectual Property, Privacy and Technology attorney (currently inactive) based in Las Vegas, Nevada. He is passionate about the potential of blockchain to decentralize our current frameworks (i.e., blockchain use-cases), and develop new communities centered around coded principles and truths.

Currently, charles adjovu spends most of his time as a Scout (i.e., a Member) and Researcher at Ledgerback, helping grow the Cooperative into a prominent network for blockchain and decentralization research, advocacy, and consultancy.

Alex R is an Intellectual Property and Technology attorney based in Los Angeles, California. He has worked with a broad range of startups and entrepreneurs, helping people with imaginations protect and profit from their innovative ideas. Specializing in emerging fields such as blockchain technologies, AI, and virtual reality, Alex has helped clients navigate regulatory compliance, assert their intellectual property rights, and strategize the building of businesses.

If you would like to get in contact with Alex or learn more please feel free to reach out at Alex@Alexrobertsonesq.com or visit AlexRobertsonESQ.com for more information.

[4] Elliott v. Google, Inc., 860 F. 3d 1151, 1158–60 (9th Cir. 2017) (“Because a claim of genericide must relate to a particular type of good or service and because verb use does not necessarily constitute generic use, the district court did not err when it refused to frame its inquiry as whether the relevant public primarily uses the word “google” as a verb.”).

[10] “BLOCKCHAIN” (Serial №86015649) — Services: “Financial services, namely, providing a virtual currency for use by members of an on-line community via a global computer network” — Refused for mere descriptiveness.

[18] “CRYPTOCURRENCIES NEVER SLEEP” (Serial №87735891) — Financial services ,namely, providing a virtual, digital and cryptocurrency currency for use by members of an on-line community via a global computer network. 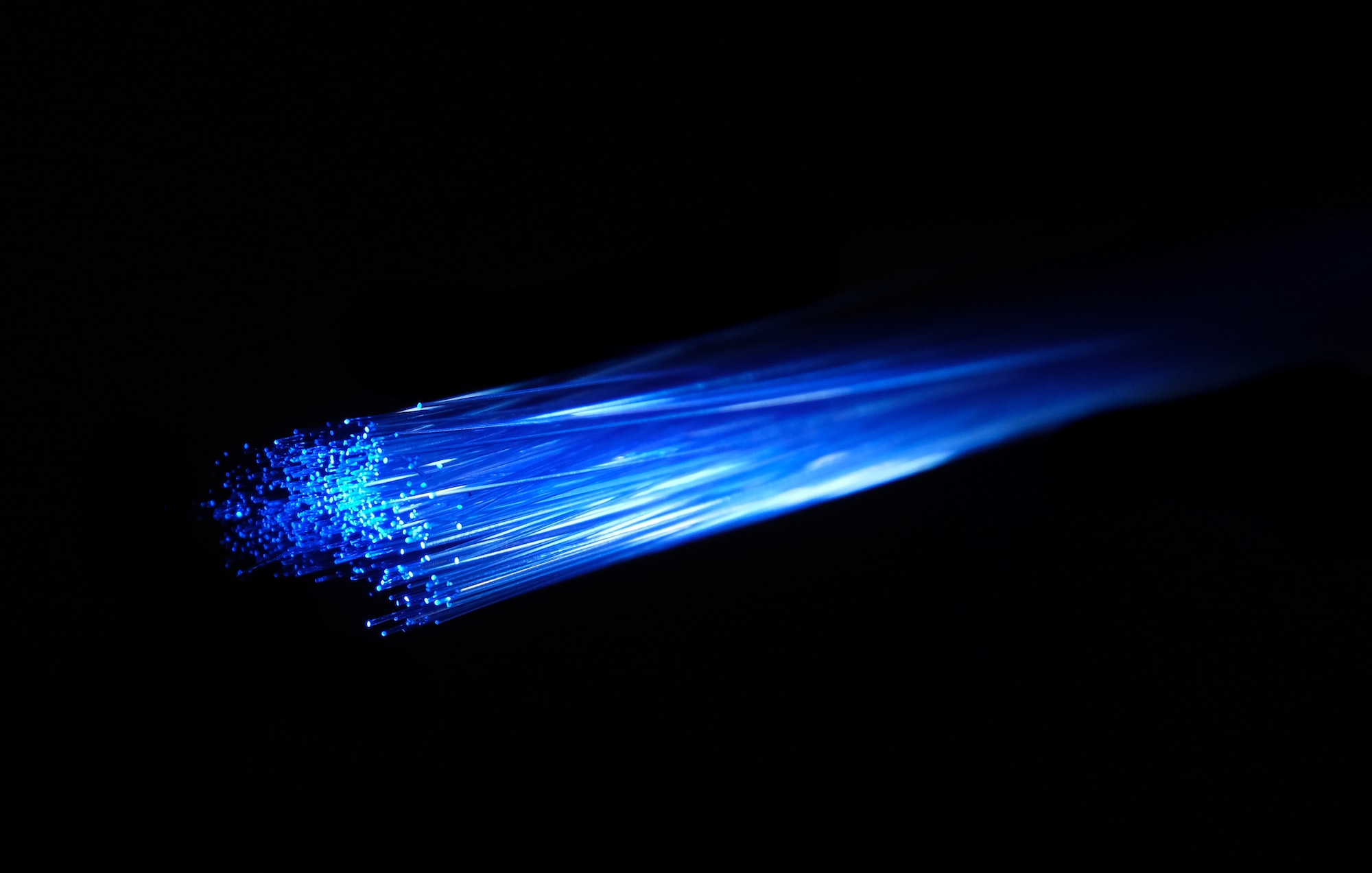 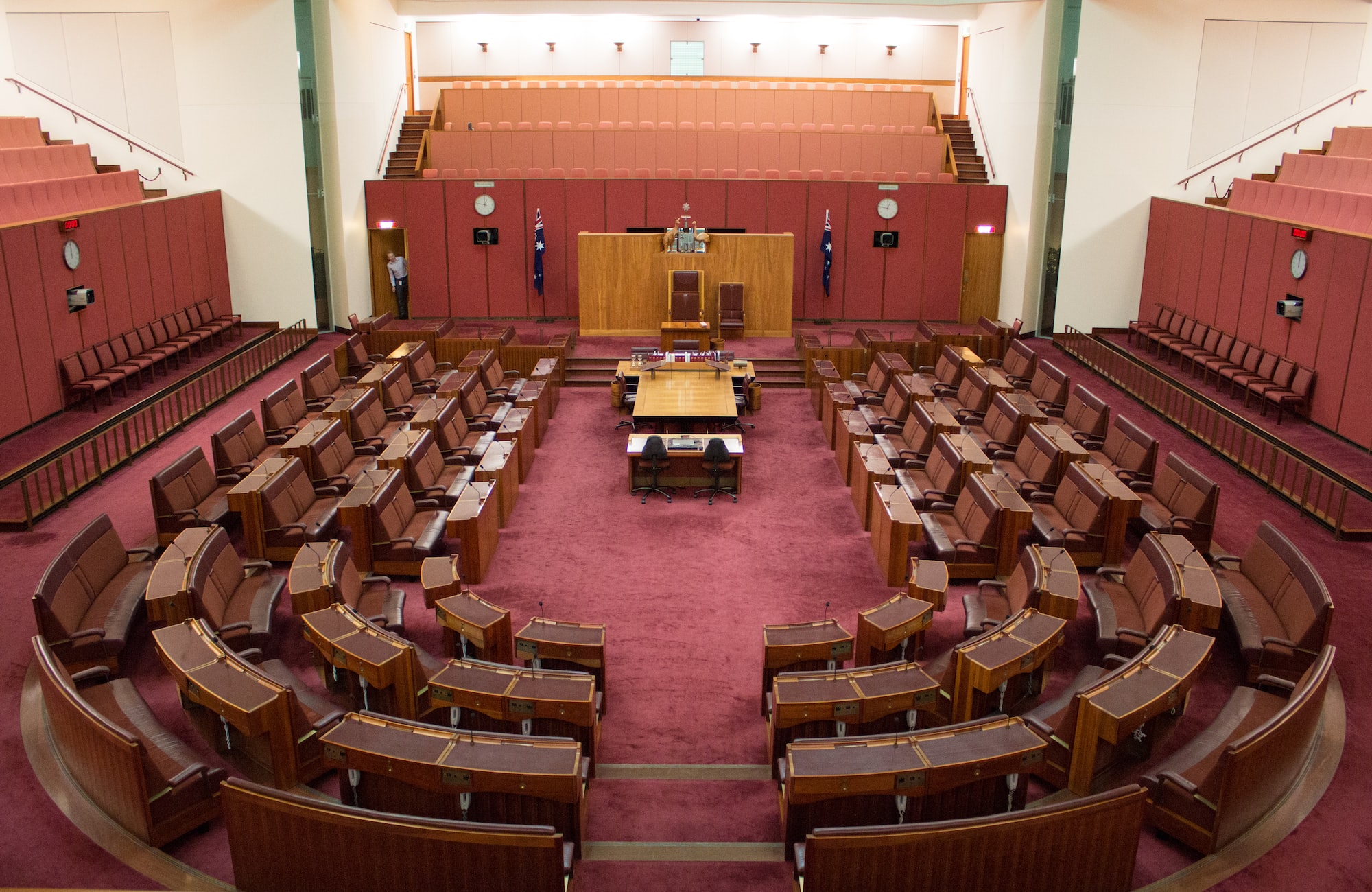 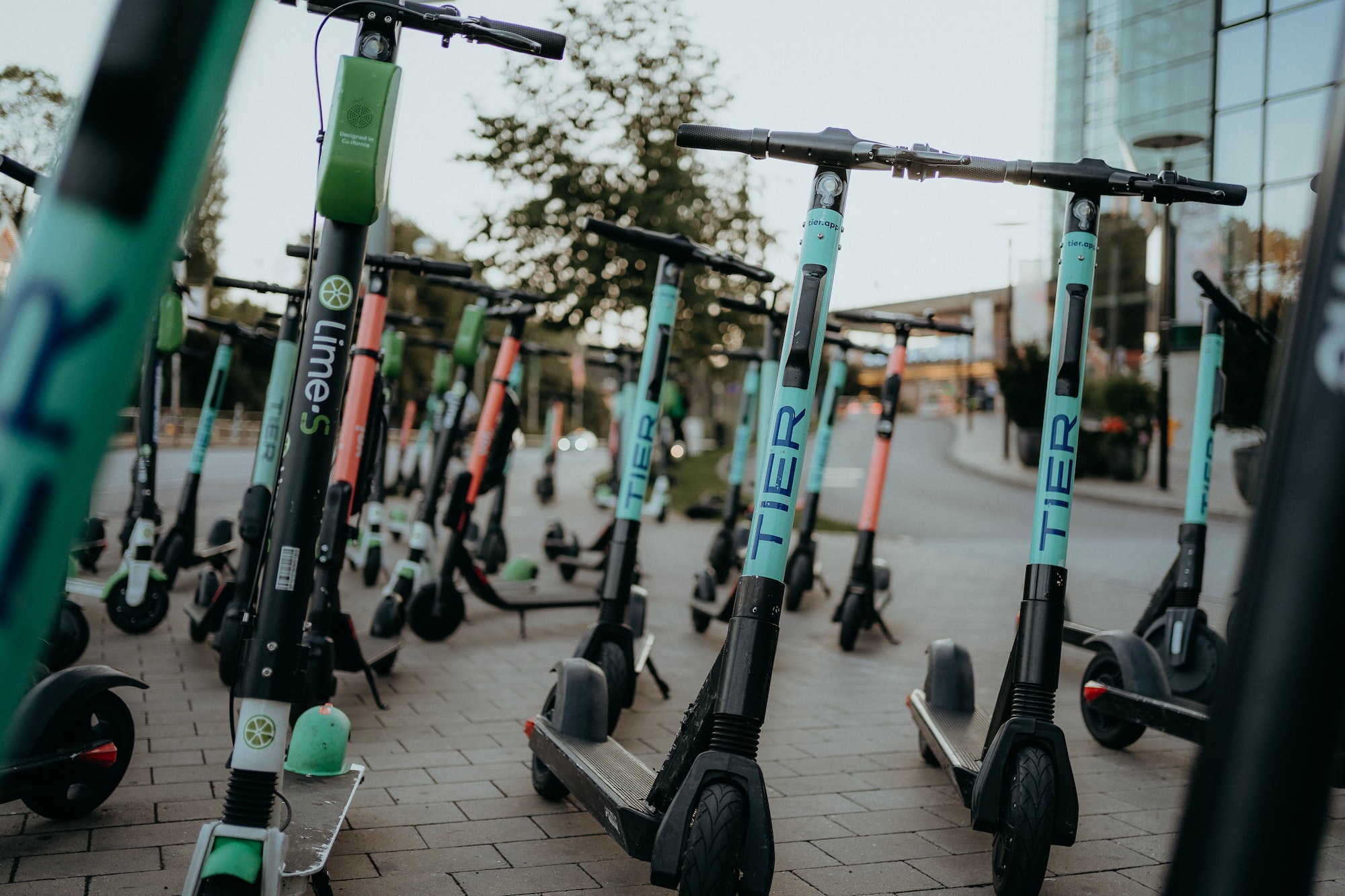